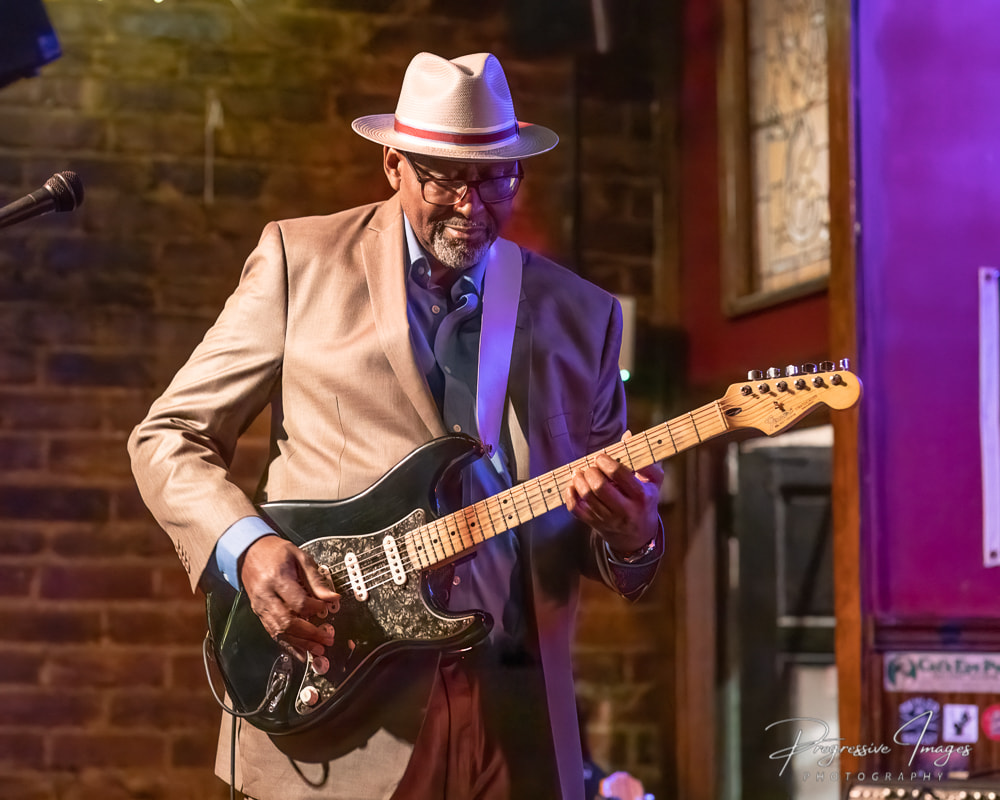 - Native to South Georgia, He has 20 plus years experience performing regionally with and sharing the stage with blues and gospel performers such as Detroit Junior, "Chicago" Bob Nelson, Billy Boy Arnold, Luther "Houserocker" Johnson, Chick Willis, Saxophonist Sil Austin, Robin Brown, and many others. As a founding member of Frankie Lee and the Solid Senders, he performed many festivals such as the WRFG Labor Day Blues Bash Festival. As a member of Frankie's Blues Mission, Frankie has participated in The Augusta Blues Festival, Chick Willis' Mid-Georgia Blues Festival, The Atlanta Montreux Festival, the Lowcountry Blues Bash, the Barnesville Blues and BBQ festival, the Decatur Arts Festival, the National Black Arts Festival, the Down Home Blues Festival in Camden SC, and many others. As part of the Blues Mission, He held down second house band duties at Blind Willie's in Atlanta for two years and was also a founding member of the blues band, Native Sons. Robinson also contributes his talents regularly to charitable efforts such as Atlanta Northside Tavern's "Chicken Raid" festivals and other efforts to benefit organizations such as the American Cancer Society. He has performed regularly as the resident guitarist for the Providence Missionary Baptist Church Gospel Ensemble in Atlanta. Frankie, an authentic and soulful blues player, draws from many influences. Guitarists such as Johnny "Guitar" Watson, Roy Lee Johnson, B.B. King, Magic Sam, "Pops" Staples, Charlie Christian, Freddie King, Albert King, Kenny Burrell and T-bone Walker have left their mark on his performances. He walks the walk and talks the talk. 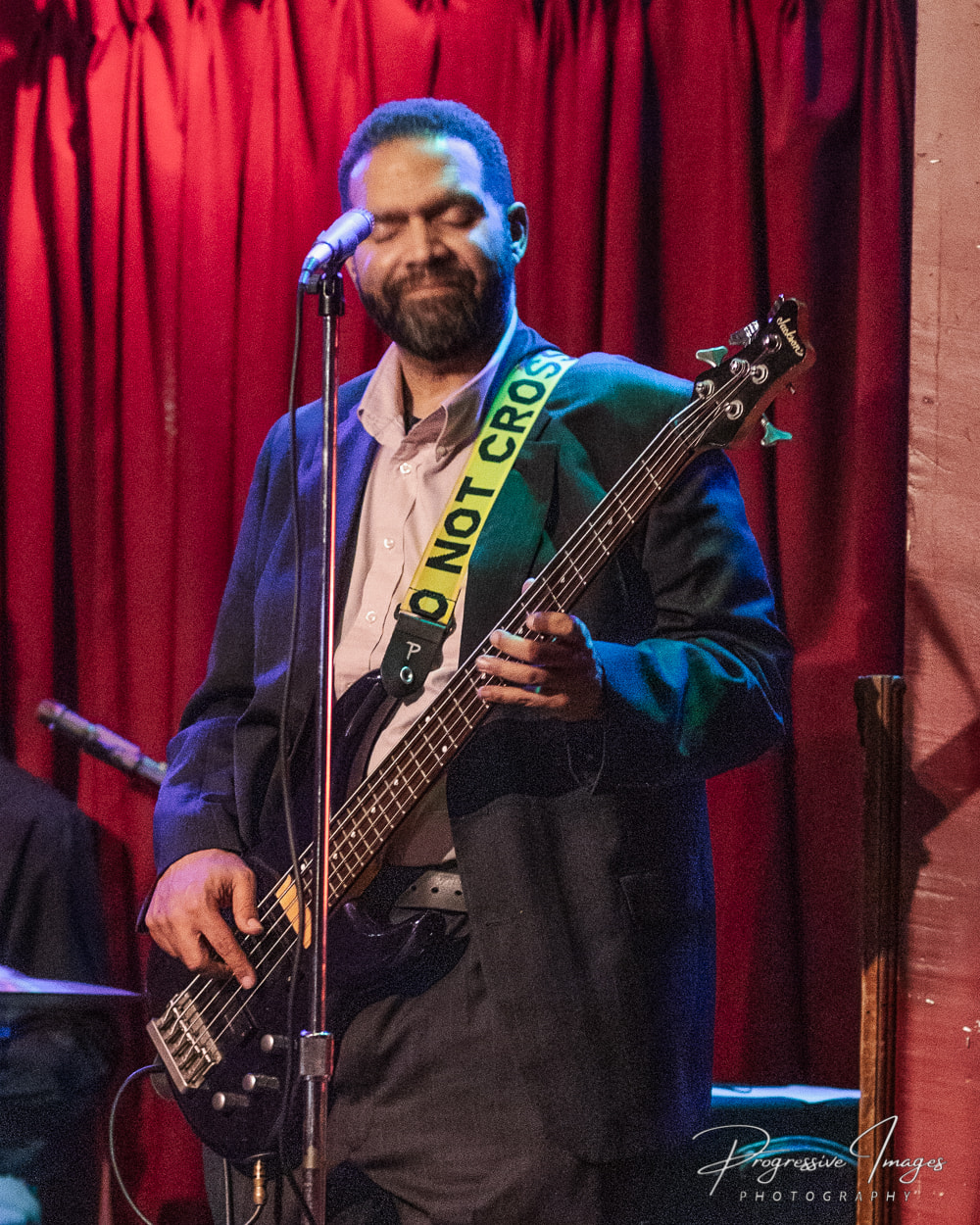 - Hailing from Fayetteville, North Carolina, a young Kurt McManus was drawn to the string bass in his high school orchestra.
This would the foundation for McManus' musical career. As part of his local church's ensemble, Kurt learned electric bass and incorporated this into his musical arsenal.
McManus would continue to expand his musical horizons at Fayetteville State University, where he earned a Bachelor's degree and English and Music.
While in college, he was mentored by Malachi Sharpe and performed with Sharpe's band. Kurt's influences are many, ranging from classic gospel, blues, old school R&B, neo-soul, alternative rock, jazz and even country. As one of the Atlanta's most requested bass players, McManus has played with numerous local blues, neo-soul, rock, R&B and gospel bands in North Carolina and Atlanta. He has shared the stage with the likes of Theodis Ealey, Billy Boy Arnold, Afroblue, Whild Peach, The Chilton Music Project, Kill The Messenger and many others. Holding down the bottom for the band, McManus brings to the musical table the ability to find the "funk" in anything that comes his way. He has a willingness to take on many genres with soul and authenticity.
He's currently having more fun than he's ever had in his life playing with Frankie's Blues Mission. 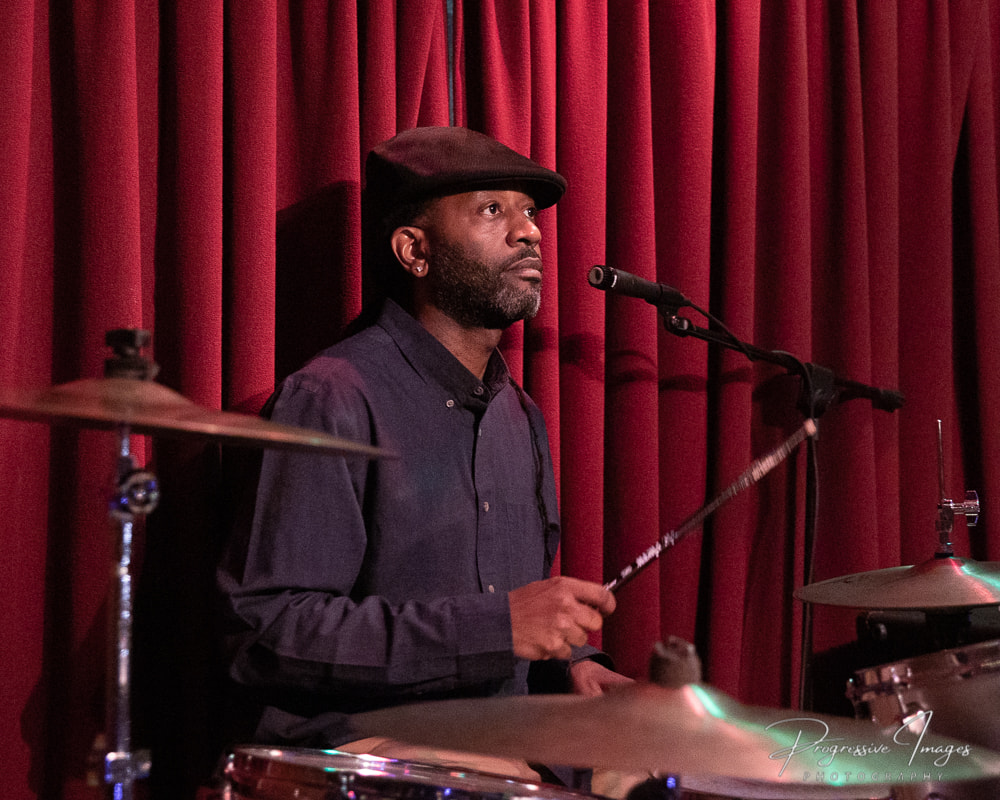 - Many drummers perform, but no one does it like Rod Breland. With inspirations such as Kevin Brunson and Marvin Mcquitty, Rod has led a life full of inspiration and knowledge in the drum community. Rod credits his father, Mickey Breland, for inspiring him to become a drummer. He has been a professional drummer since the age of 12 and his achievements transcend his teachings. He spent many years studying drum rudiments, theory, gospel and other techniques from these drumming greats. In 1996, Breland attended Mississippi Valley State University where he furthered his knowledge under the direction of many drumming instructors. Early in Breland's career, he performed with the Martin Luther King Jr. Celebration Choir in Gulfport, MS. His popularity grew as a drummer as he played at his church, First Missionary Baptist Church in Gulfport, MS. He has also performed with the Concert Band at Mississippi Valley State University, Mean Green Machine Marching Band, Mississippi Valley State Jazz Band, Choir, Steel Drum Band and Percussion Ensemble. Breland performed in Atlanta, GA on several stages. He is the current drummer of Frankie's Blues Mission (Atlanta, GA). He has performed with Willie Hill and shared the stage with Fantasia, Keith Sweat, Lil G, Rita Graham, Roy Lee Johnson and many others. 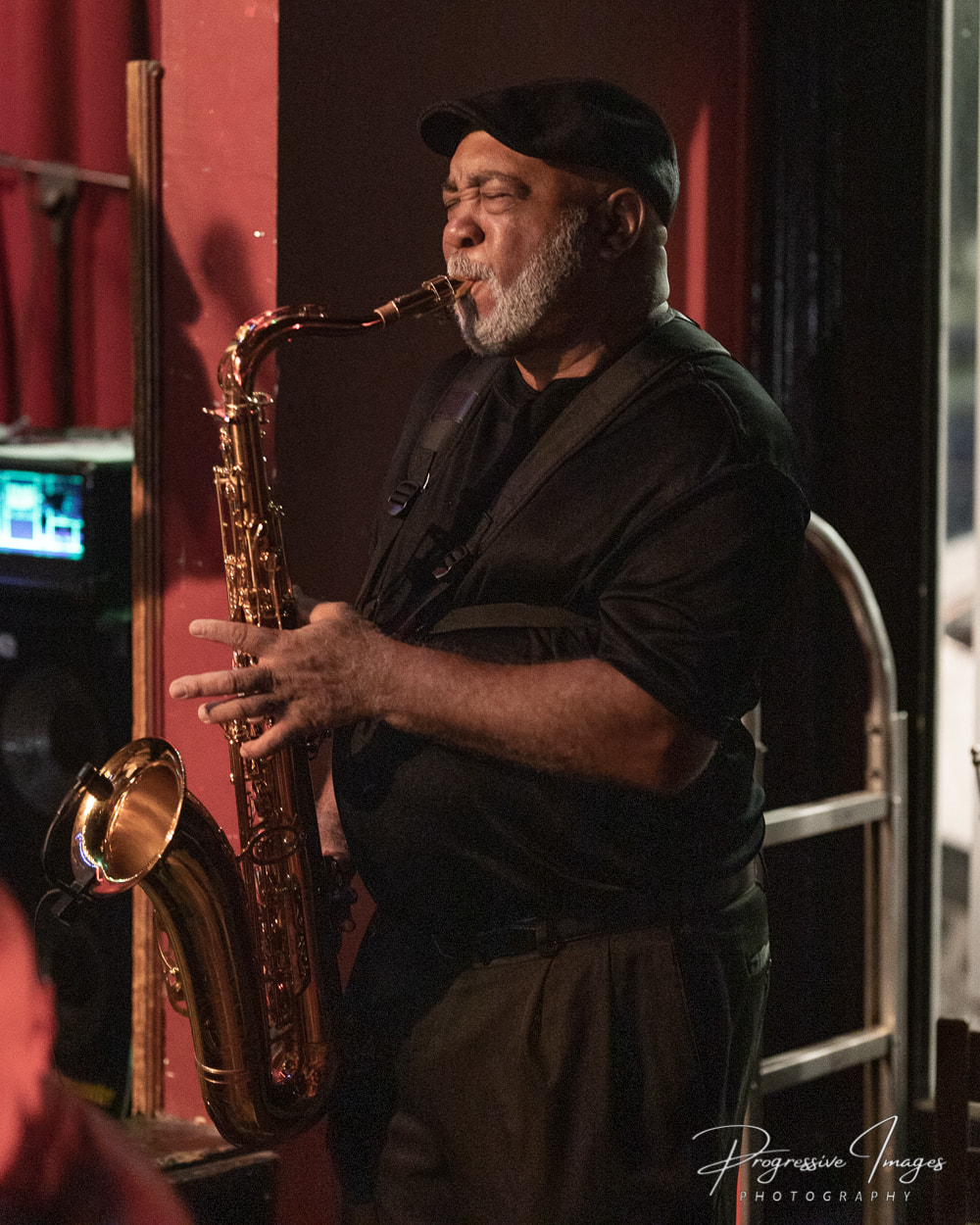 Hayward Redd started played saxophone at the age of 8 in school band and continued through high school. He matriculated at Morehouse college as a music major, performing in marching band, concert band and various other ensembles. He has played alto, tenor, soprano and baritone saxophones in Morehouse College and Georgia State University jazz bands. Hayward started his first band in the 8th grade. Over the years Hayward has shared the stage with such notables as Brian McKnight, The Delfonics , Teresa Hightower, Sandra Hall, Madoca Kawahara, The Edwin Williams Experience, KalligraFe , and others. Starting in his mid-twenties Hayward worked as an insurance agent at MetLife Insurance Company for 27 years and was regulated to playing music part time on weekends when time allowed. In 1989 he answered an ad in Creative Loafing for a saxophonist. It was from Frank Robinson of Frankie’s Blues Mission. It was the beginning of a 30+ year friendship and working relationship that lasts to this day. Hayward is on a quest to keep blues and straight ahead jazz alive through his work with Frankie’s Blues Mission. Hayward also teaches private music lessons to middle school students and is dedicated to raising a new generation of musicians. His aspiration is that they will produce a more positive music that will transform society. 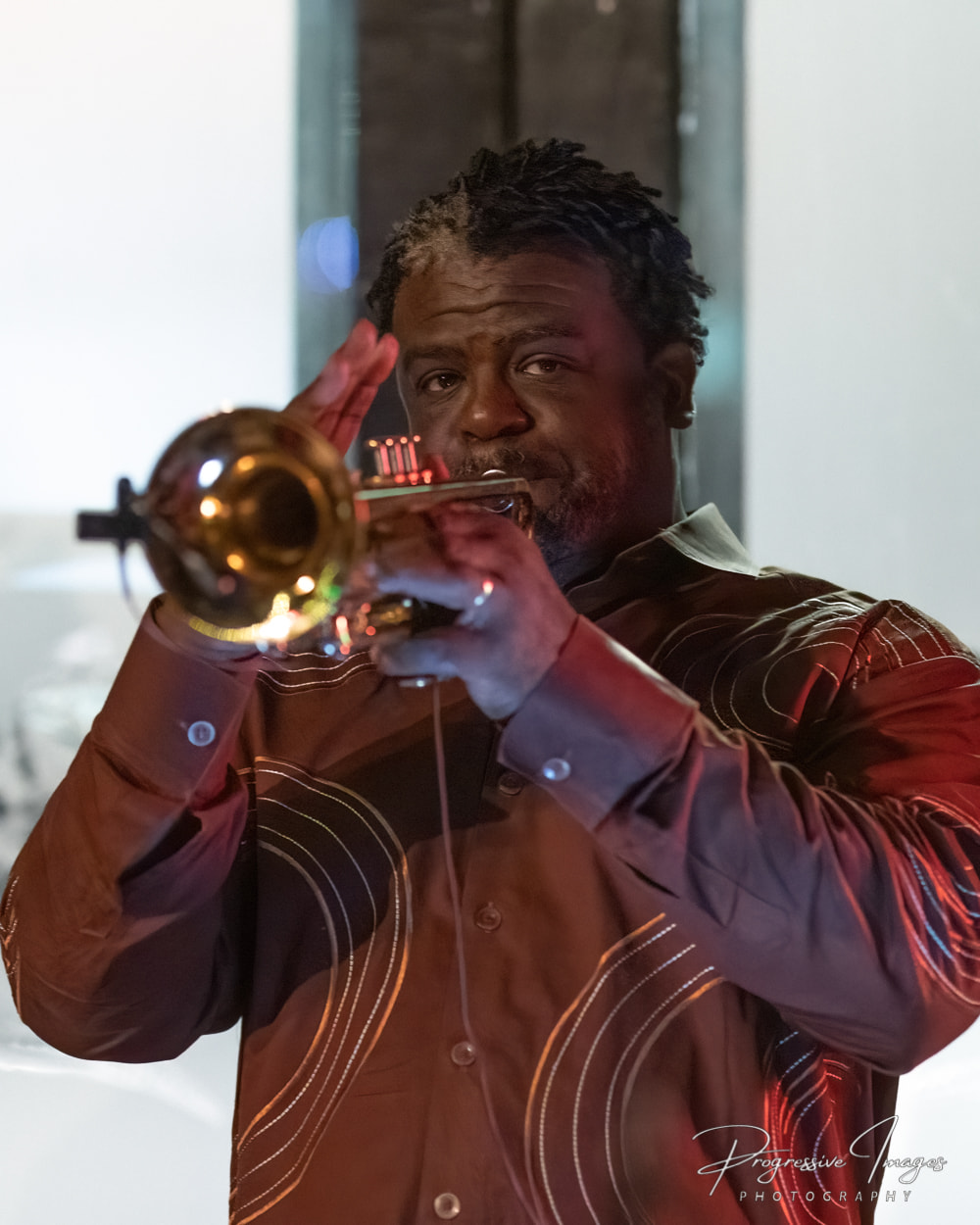 A Cincinnati native, Christopher began his love of music in elementary school. He fell in love with the trumpet when he heard Herb Alperts “Rise”. Playing through high school and some in college, he was influenced by the horn sections from bands like Brass Construction, Cameo and of course Earth Wind and Fire. Other influences include, but are not limited to, Miles Davis, Wynton Marsalis, Blue Mitchell, Clifford Brown and Lee Morgan. Christopher has played in church & community orchestras, local bands, and his church band. He enjoys jam sessions and the energy from performing for the crowd. He is always in pursuit of that perfect sound and mastery of his craft. 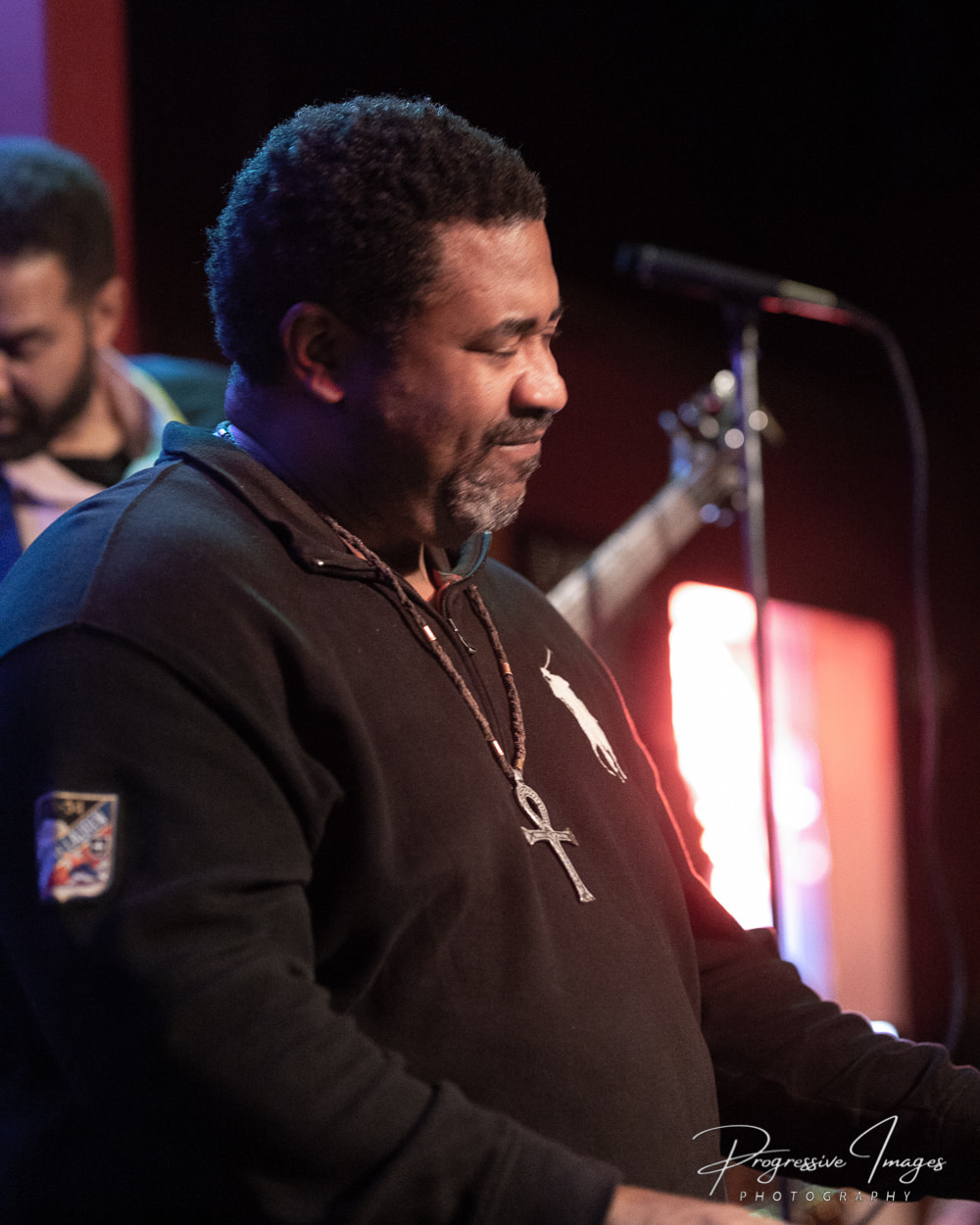 Edward "Chief" Menifee is a native of Atlanta, GA. Growing up amidst Atlanta's rich church and artsy essences led to "Chief" taking on a number of church music jobs and theatrical productions. A professional keyboard player, he also plays the bass guitar, drums, and saxophone. As an educator, he has worked The Children's School, Mt. Paran Christian School and is an instructor of students learning piano, bass and Hammond organ. After graduating from Charles Lincoln Harper High School, he went on to earn a Bachelor's Degree, in Economics, from Morehouse College and a Masters of Religious Leadership from Candler School of Theology of Emory University. Affectionately known as "pastarChief," he is the pastor of The International Agape Movement, based in Marietta, GA. Chief also enjoys listening to all genres of music as well as performing all genres. He is a singer, songwriter, preacher, and writer. Chief has played keyboard for Frankie's Blues Mission since 2019.